Yesterday I ran 14 miles. That’s the longest distance I’ve ever run. Honestly, stating it like that doesn’t seem like that much. I’ve run 5 half marathons (4 of them last year) and yet, going just a bit farther felt like sweltering hell. Of course, it was nearly 100 degrees by the time I finished. But still, it was tough.

On the bright side, it was absolutely beautiful. As you may already know, we’re staying in my childhood home in Carmichael, California (suburb of Sacramento) while our new house in Walnut Creek gets remodeled this summer. My parents were gracious enough to (a) let us stay here and (b) go away on a 4-week RV trip so we could take over their house without them present (a sweet deal for all involved!). I’m really enjoying the opportunity to run on the American River Parkway Trail, which I grew up on (biking, walking and occasionally even running). Last week, I also got the chance to run near the base of Mt. Diablo in Walnut Creek (which is only a mile from our new house!). Here are some snapshots I took during my recent runs. While the weather so far this June has been pretty insufferable, I’m grateful that I’m still able to get out and get some fun runs on my favorite trails! 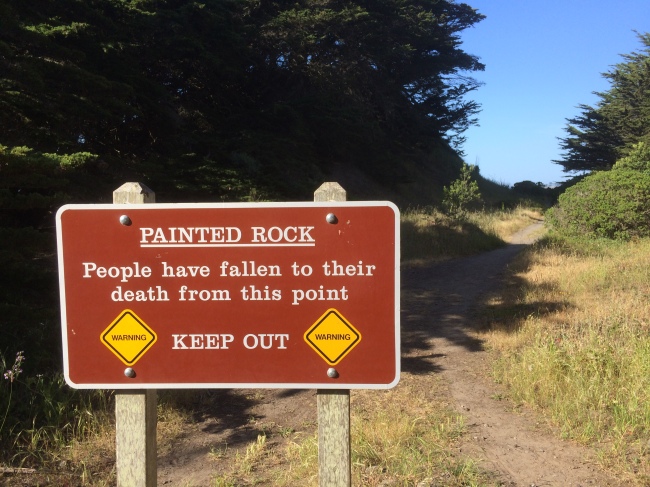 Ok, so those last 3 weren’t strictly “running” pictures, nor were they taken in the locales I mentioned. But their still worth sharing. The first one is just a funny pic of my love at the top of the Marin Headlands (north of SF). The second and third shots were taken from the Lands’ End trail in San Francisco. If you’ve never been to that part of SF, you are missing some really beautiful (and apparently dangerous!) vistas.

Because it has been SO hot lately (104 yesterday!?!), I’ve been trying to run early in the morning. Last week, I ran at 6am in Walnut Creek and was able to catch the sunrise over Mt Diablo. Sunrises are always special to me because I truly don’t prefer to be awake for them. That said, I’m always grateful for the site. 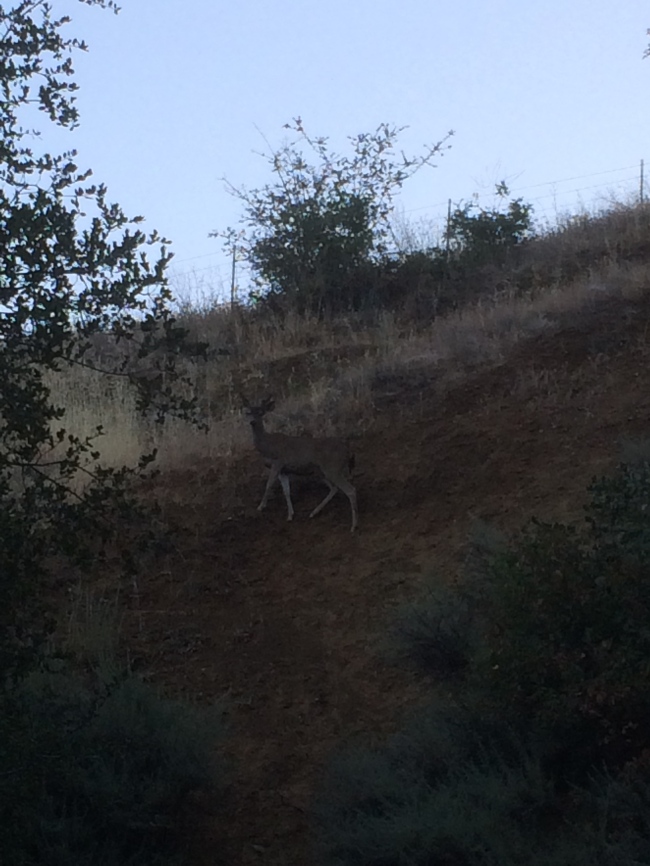 This beauty was nice enough to let me snap her photo. As you can tell from the resolution, we weren’t that close to one another but I was really impressed to note that she watched me for about a half a minute before wandering on. Seeing wildlife can be a little frightening, but it’s another thing about running that I cherish.

This view is simply incredible! I took this one on my way back from my run so the sun was higher in the sky. Seeing the mountain, the golden grasses and the trail laid out before me nearly brought tears to my eyes.

Now we’re getting back to the area where I grew up. This shot was taken on the east side of Lake Natoma in Folsom, California. Lake Natoma is a dammed reservoir that feeds from Folsom Lake and is part of the American River. Much like most of Northern California, it’s full of golden brush, oak trees and beautiful views. During my run yesterday, the Folsom International Triathlon was taking place. It’s become a huge race, including a sprint, an olympic distance and a half iron distance. Watching all those triathletes lug their gear from the parking lot, I trembled with the memory of that WICKED cold water! Woo…even when it’s 100 degrees, 55 degree water is COOOOOLLLLLLDDDD! 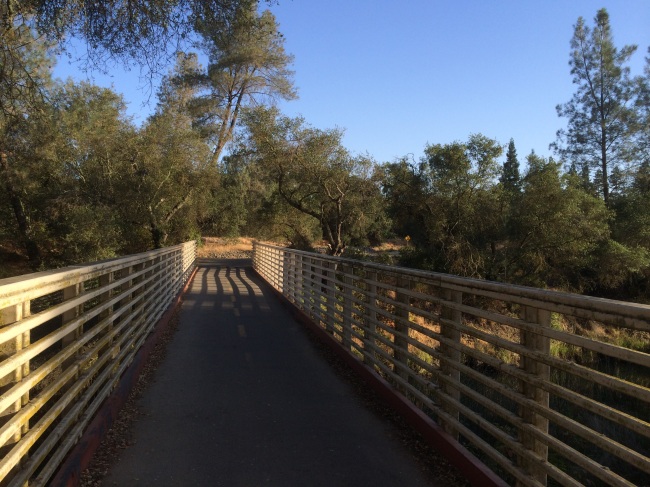 I took this pic because I love running on foot bridges. Don’t you? What’s the weather like where you live?

I'm a mom and a runner. My eldest child has an autism diagnosis and I'm learning a lot. You're invited to follow our family's journey as we find out how to help our child live his best life. View all posts by spectrumstrong